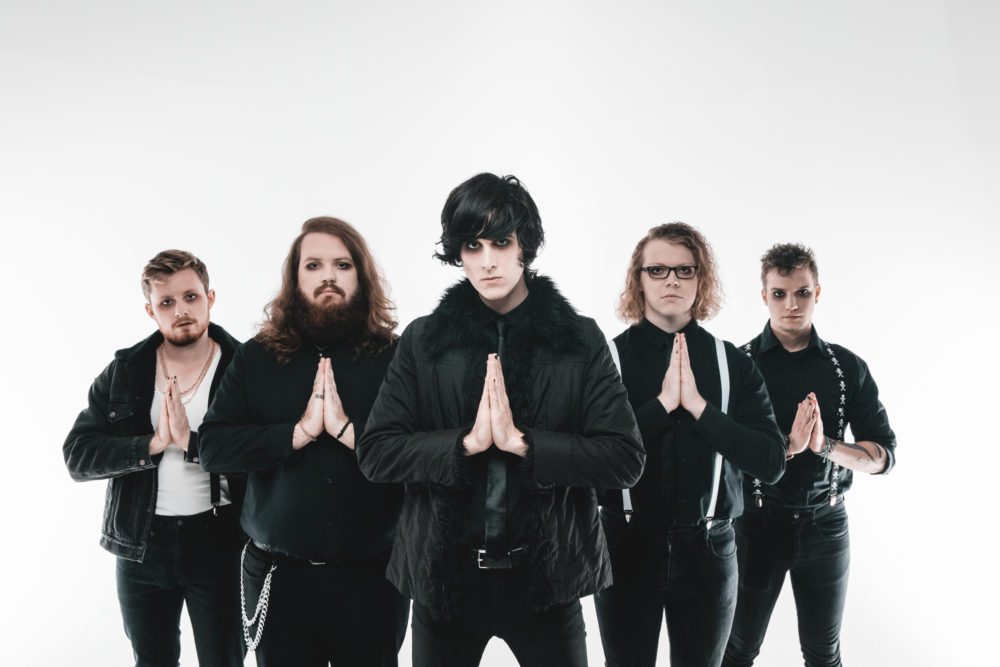 In this call to arms in their debut single ‘Repent’, Wolf & Chain put on display the quintessentials of that which defines the best of the emo/ punk rock genre.

Seamlessly, the band have laced together an epic, story-driven track that continues to give something fresh and entertaining until the very last second.

The upbeat intro is warped into a thick, high-gain guitar-driven variation of the verse as frontman Jack Cumes belts out a dramatic performance mixed with crowd-addressing statements, melodic cries and gutsy screams. This gets broken up with some big full-band hits and fast-paced palm muting in the pre-chorus that build into the thrashed-out chorus.

Coming up for air the band use pick-slides and harmonics to transition into the next verse. The following chorus bends out into a bridge, featuring the opening riff played on acoustic guitar backed by on-beat clapping that gets heavier and heavier before busting back into the final chorus.

Although ‘Repent’ is part of a broader concept that will be revealed in the coming months, frontman, Jack Cumes touches on the meaning of ‘Repent’:

“It’s a call to arms summoning the cult to full formation, urging you to repent for what you’ve done and to punish others who do not. The song speaks to a part of me that felt like I needed to redeem myself and to extend that message out to anyone else lacking purpose.”

Despite the fact that Wolf & Chain are just releasing their official debut single, they’ve already entrenched themselves in the alt-scene where they’ve supported the likes of Blindman Death Stare, Bearclaw Camp  and Racoon City Police Department.

‘Repent‘ is just the tip of the iceberg of what Wolf & Chain have in store for this first half of 2020. Before all of that though, they’ll be celebrating the release of this epic debut single on the 3rd of April at Adelaide’s Enigma Bar.